Text only | Text with Images

Title: First data center on the moon
Post by: mishraviplav7877 on Aug 23, 2022, 08:56 AM
Despite all the problems, the Artemis program is steadily moving forward. Each year our return to the moon is getting closer, new interesting details appear.
Among the unusual news is the contract of the private company Lonestar Data Holdings with contractors Intuitive Machines and Skycorp to build several data centers under the surface of the moon. 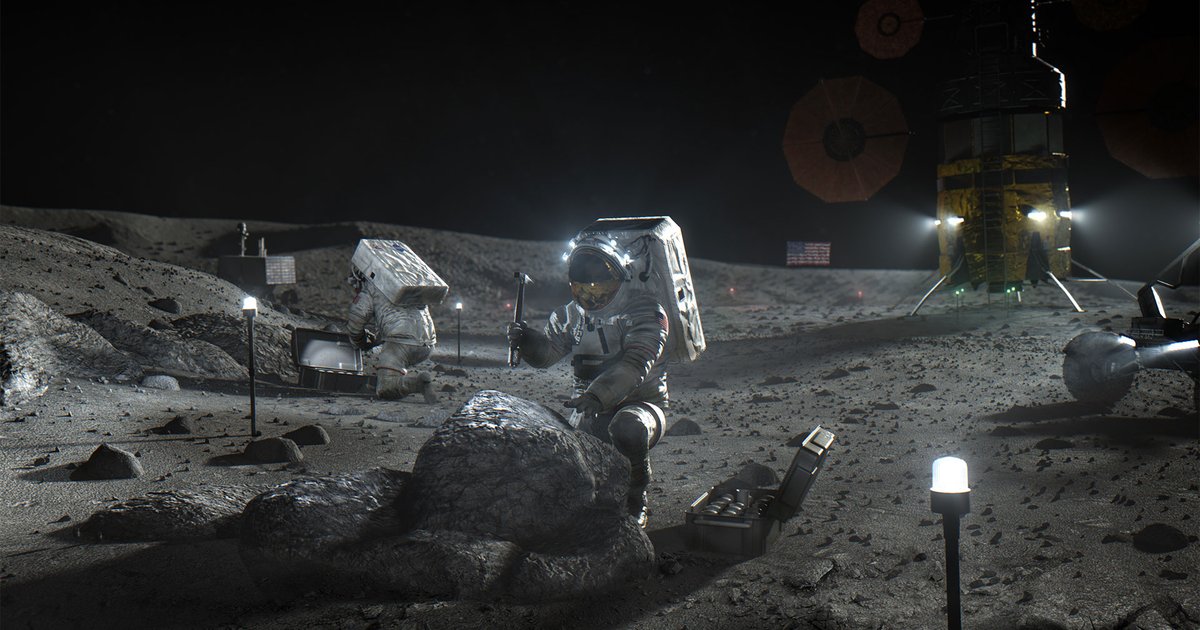 The Lonestar project hosts critical data in case of global problems, alike to the GitHub Arctic Code Vault code repository in the permafrost of Svalbard. Thus, humanity creates a backup copy outside the Earth, which increases the overall probability of preserving the digital heritage.

"Data is the main currency created by mankind," says Chris Stott, founder of the company. "They are too important to us as a species to keep in the increasingly fragile Earth biosphere. The moon is the perfect place to safely preserve our future."

In December 2021, Lonestar, together with Canonical and Redwire, successfully tested its server on the ISS, and now announced the start of development of the first lunar data center.

The first tests on the lunar surface are planned as part of the IM-1 mission at the end of 2022. The Nova-C lander will be sent to the Schroeter Valley in the Ocean of Storms. Nova-C will carry 100 kg of scientific equipment, including five NASA modules and a commercial payload.

As part of the first mission, Lonestar will conduct a software test by transferring some data to the Nova-C equipment. This investigation will last one lunar day, that is, approximately 14 Earth days.

Lonestar has also agreed with Intuitive Machines to participate in a second IM-2 mission (no earlier than December 2022), where a similar lander with a payload of 130 kg will land near the lunar pole.

This device will already have dedicated Lonestar equipment for communication, receiving and storing customer data - a server weighing about 1 kg, with a 16 TB drive, under Ubuntu. Representatives of the company say that this is a unique and revolutionary solution in its own way. The investigation should confirm the viability of the idea of transmitting and storing data on the Moon.

Skycorp has developed a multi-core RISC-V server that will be made available to Lonestar. This server has been successfully tested on the ISS, where it has worked out the reception and transmission of data from the Earth as a standard webserver.

Lonestar is currently working with architecture firm BIG on the exterior design of the first lunar data center.

Most likely, to protect against cosmic radiation, the DC will have to be equipped under the lunar surface. At the very least, the data storage should be there, while only the solar panels and the transceiver antenna would remain on top.

The transmitter will always be in direct line of sight from the Earth, providing a constant communication channel. The company reportedly received radio approval in the S (2-4 GHz), X (8-12 GHz) and Ka (26.5-40 GHz) frequency bands.

The future underground storage is positioned as a long-term storage of the DRaaS type (Disaster Recovery as a Service). But the path of a small one-kilogram prototype to an underground storage facility will be a long one. In 2024, it is planned to increase the volume of the lunar storage to 5 PB, and by 2026 to 50 PB. The company hopes to establish a permanent link to the Earth at 15 Gbit / s using an array of antennas (at KDPV).

In the future, long-term data stores will be placed in lunar lava tubes - caves dug under the surface of the Moon by ancient basaltic lava flows. Inside these caves, the temperature is more stable than on the surface, and the servers are better protected from electromagnetic radiation.

In 2017, the Japanese radar probe on the SELENE orbiter discovered such a tunnel about 50 km long. Now, as part of the European Large Logistics Lander mission, several Daedalus robot scouts are planned to search for other lava tubes.

All in all, the Lonestar Lava Tunnels DC  fits in well with NASA's (and ESA's) lunar program, which is building vast infrastructure around the South Pole using robots and large 3D printers.

NASA plans to resume manned flights to the moon from 2025 as part of the Artemis program. Parallel plans are with ESA, JAXA and other space agencies that compete in the "moon race" but collaborate on important joint initiatives such as the construction of the Lunar Orbital Station.

There is a possibility of creating a common "official" IT infrastructure on the Moon. For instance, the Italian space agency ISA ordered the development and study of 16 design concepts for various lunar modules, including the data center, from Thales Alenia Space.

According to the Artemis program, after 2025, the consistent construction of the lunar framework for a long-term base begins. Lunar data center should serve it. This is in contrast to the Lonestar data center, which is designed for data transmission from the Earth and long-term storage.

Currently, Thales Alenia Space and partners offer several initial solutions that are "extremely different from each other." So it is still difficult to say what the official data center on the lunar base will look like.

While the process is at an early stage. Engineers first try to determine what the DC  will be used for. Then, based on these requirements, they will evaluate various configurations to find the most promising one.

Currently, lunar rovers and other systems use hybrid computing: part of the calculations are performed by on-board systems, and part of the data is sent to Earth for processing. The Lunar Data Center will help optimize this system.

Although the future Lunar Gateway orbital station will be in lunar orbit, it is not expected to be used as a DC. It will function as a communications hub, a science lab, short-stay modules, and a storage area for robots. However, it is not designed for large computing loads from external users.

At the same time, engineers allow the placement of the data center in a separate orbital module.

As part of the ESA Moonlight initiative and NASA's LunaNet program, a project is being developed for a universal communication network based on the Delay / Disruption Tolerant Networking (DTN) protocols.

LunaNet represents the interconnected essence of orbiters, as well as mobile and fixed base stations, providing signal relay and PNT (positioning, navigation, time service), an analogue of terrestrial GPS.

If the aforementioned DC  works, it will initially be connected to a 4G cellular network, which will be deployed by Nokia. It will also become part of LunaNet.

Generally, until now, almost all lunar vehicles did not use local repeaters, but were controlled directly from the Earth (except for the Chang'e-4 station, which landed on the far side of the Moon in 2019 and communicates through the Queqiao satellite relay).

The LunaNet network will play the role of a "universal repeater" for all devices, including those on the far side of the Moon, as well as for devices that have no visibility to the Earth due to the terrain: craters, stones or lava tubes.

In the future, the LunaNet network will be able to serve the entire lunar fleet of dozens of rovers, sensors, and scientific equipment modules. This will be much more efficient and cheaper than the direct connection of each object.

As with the regular Internet, LunaNet will become the public domain of mankind. Everybody will use it: government, commercial, and scientific organizations, but it will not belong to anyone in particular, including any one country or corporation. No one can impose their own rules - and everybody benefits from such freedom.

Apparently, NASA considers 3D printing from regolith to be a promising option for building a lunar base.


True, so far they have not come up with a way to deliver massive equipment for 3D printing to the moon.

But generally, it's nice to see how the lunar program is gaining momentum - dozens of scientific projects have started around the world, from the European Union to Japan, the prospects for space tourism, mining, including helium-3, capturing asteroids, including those with rare metals, are being considered. NASA hopes to establish a permanent presence on the Moon by the end of the decade, with the prospect of establishing a permanent manned base and, in the future, a permanent base on the surface.

There are competitions for projects for the construction of the most comfortable and safe residential buildings, for the creation of a lunar energy supply system, for robotic resource extraction (excavation, movement and processing of ice regolith, obtaining rocket fuel, drinking water and other materials).

At the same time, do not forget that the lunar base is an important stage on the way to the exploration of Mars.

Frequently it seems that important historical events are taking place right before our eyes. It is as if we are living on the pages of a future history textbook... Perhaps, in the first half of the 21st century, humanity will finally go beyond the boundaries of their mother planet.
Title: Re: First data center on the moon
Post by: Klesk666 on Aug 23, 2022, 09:14 AM
It is not very clear why a DC should be built on the Moon for long-term storage. They wrote it down on Earth, buried it on the Moon, if necessary, dug it up and brought it back automatically, or even hoped that the descendants would figure out how to get them (however, in that case, we are unlikely to be able to tell them something new).
Title: Re: First data center on the moon
Post by: moonlife447 on Aug 23, 2022, 09:22 AM
It seems to me that the first thing to do for space exploration is to make a serious orbital station, which will be based on the spaceport and the production of everything necessary for the manufacture of spacecraft, satellites, equipment, etc.

Then all will go much faster and easier.
And from the Earth, only transport shuttles can be launched to deliver the necessary: raw materials, fuel, people, parts of equipment.
After all, it's easier to fly from an orbital station to both the Moon and Mars, and anywhere.
Title: Re: First data center on the moon
Post by: Dorothy on Oct 26, 2022, 05:43 AM
Actually, there is another application for such data centers - working with data that is collected and used on the Moon, storing an array of raw data and transmitting it to Earth on request.
Plus, it is planned to use dozens and hundreds of devices to explore the moon, you can move their tender brains to a local data center, and thus reduce ping, and increase their efficiency.
Text only | Text with Images